THE HISTORY OF GRINDSTONE

Everything has a history and this is ours. This charity was founded by two young women who were positively impacted by the sport of hockey throughout their lives. Not a big corporation, just two individuals based out of small town Kelowna, BC. They wanted to create the opportunity for others to enjoy and experience the game that had provided them so much in their own lives. So in 2014, Sasha Podolchak and Danielle Grundy started the process of creating The Grindstone Award Foundation. It didn’t take long before it took off and became a national movement, having a rippling effect on families across Canada. 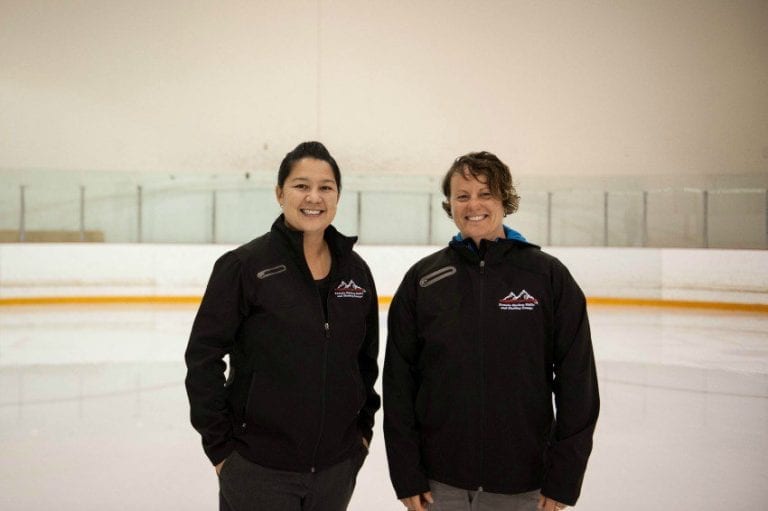 Sasha Podolchak and Danielle Grundy had a brainchild and thought “why not create a charity that helps female hockey players who can’t afford to play”?

Always a barrier breaker: Danielle created her own Women’s Hockey Camps called Grundy’s Grind between 2009-2014 which provided women the rare opportunity to learn the game of hockey. During 2013-2016 she became very involved in girls hockey as the Head Female Development Coach for Kelowna Minor Hockey. Grindstone was the perfect continuation of those previous efforts.

Danielle and Sasha begin the steps of working towards becoming a registered charity and lawyers form the Trust Deed. 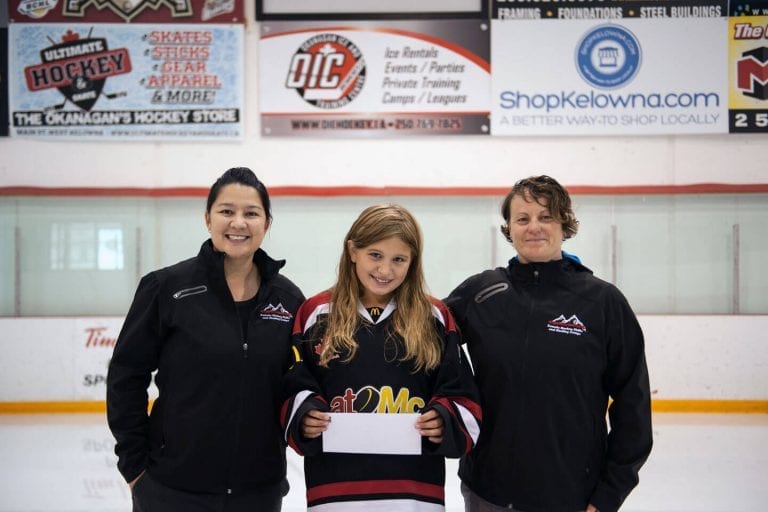 Sponsored 2 players female players; with a grant and equipment with the help of Play It Again Sports. 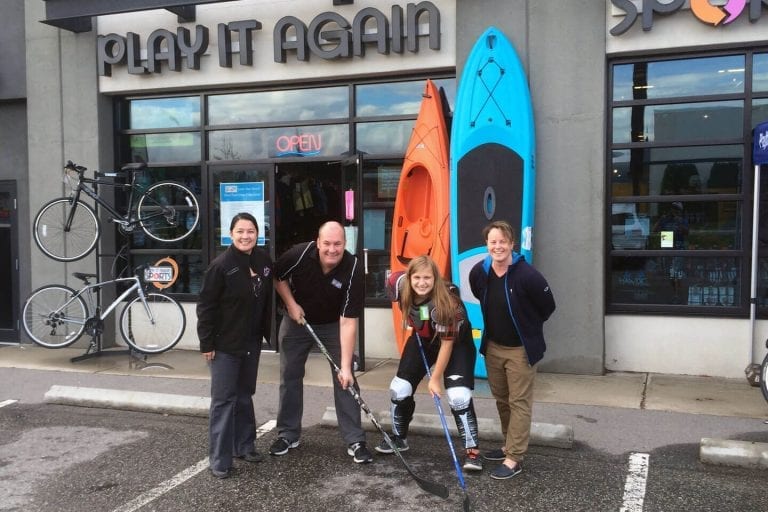 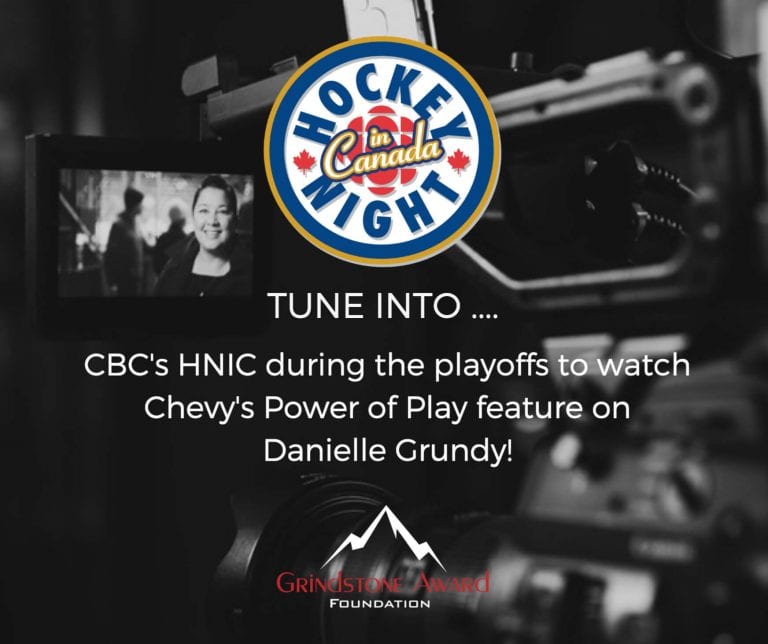 Danielle Grundy asked by Sportsnet Producer to be featured on Hockey Night in Canada on Chevy’s Power of Play – highlighting those who were making positive contributions to their communities.

Chevy’s Power of Play segment on Danielle Grundy airs on Hockey Night in Canada and awareness of the charity increases. 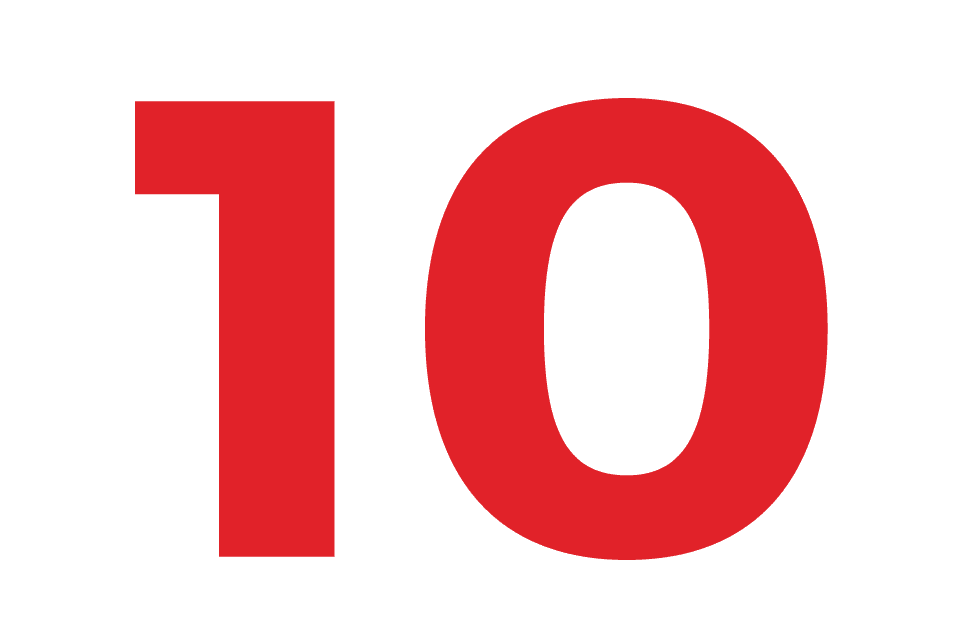 Danielle Grundy builds Board of Directors; growing the Grindstone team to 8 passionate individuals. 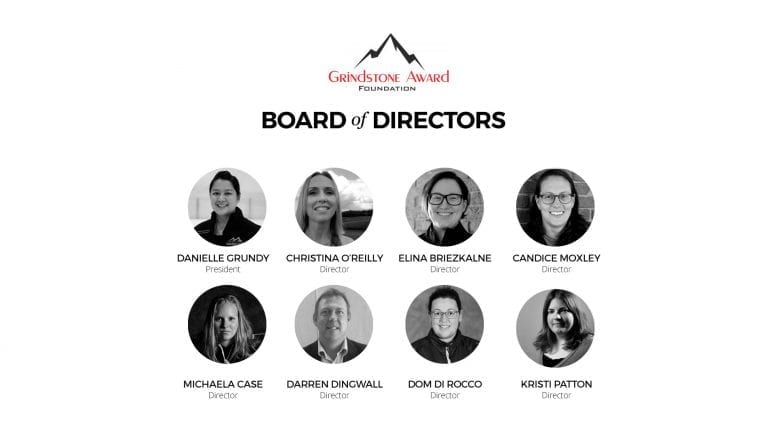 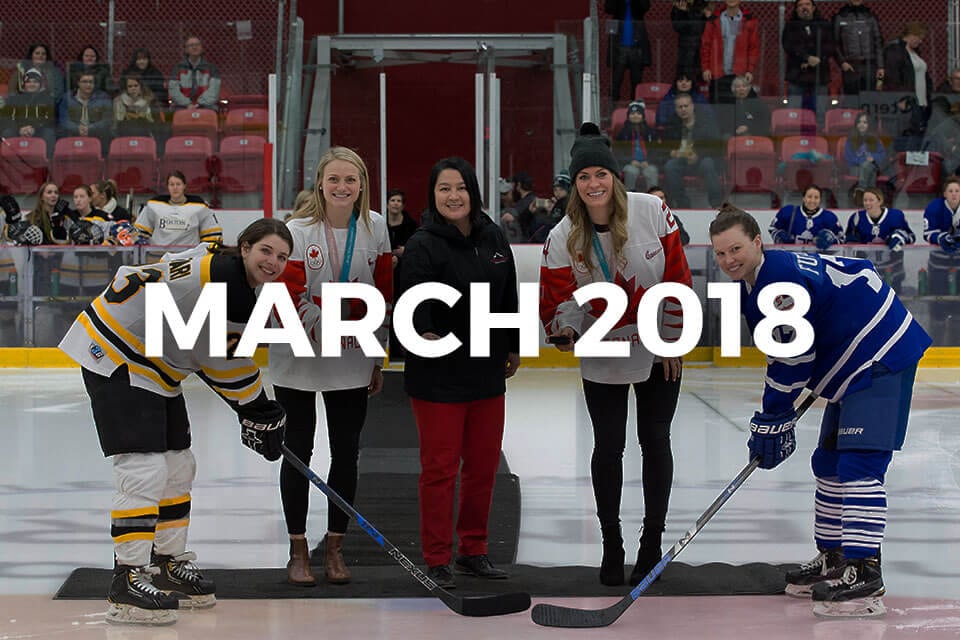 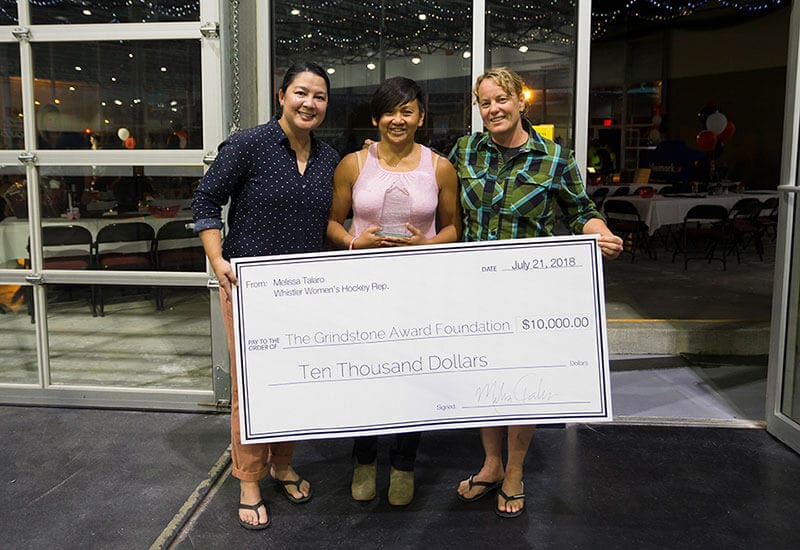 Melissa Talaro donates $10,000 from her Whistler Spring Fling Tournament and Grindstone offers “Try Hockey for Free in Whistler” for the first time. 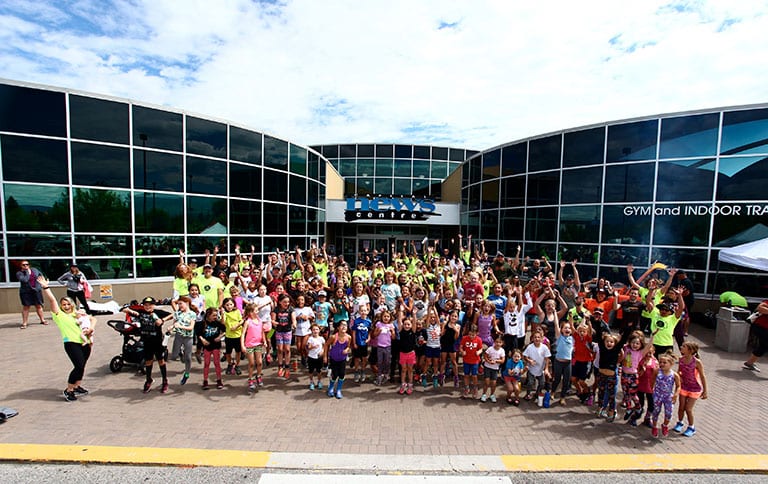 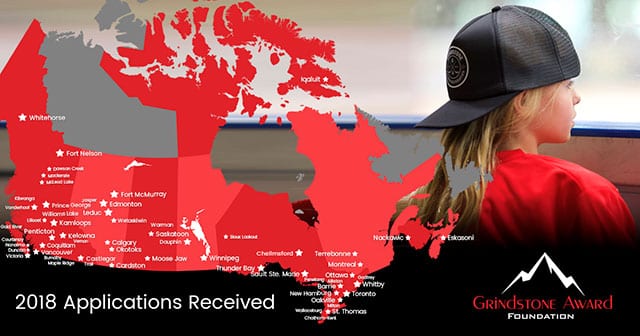 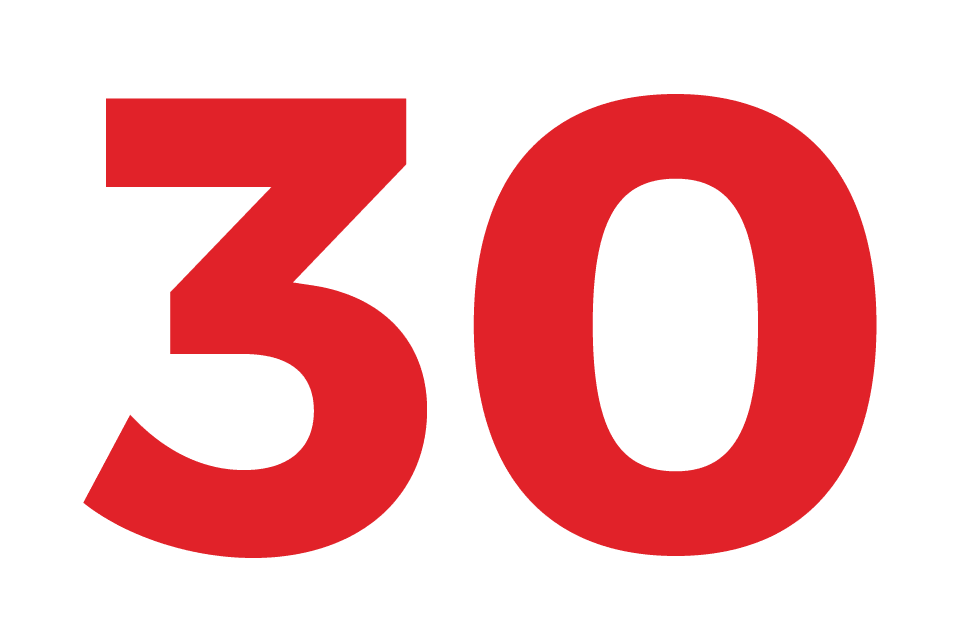 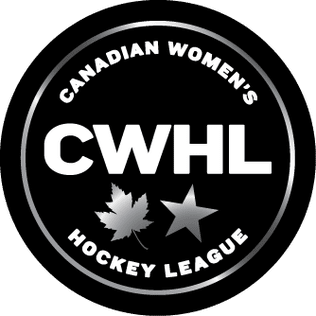 Official Partnership with the CWHL announced and charity offers 3 events with the Calgary Inferno, Toronto Furies and Markham Thunder.

After 5+ years at the helm of the charity, Founder & President Danielle Grundy made the difficult decision to resign.