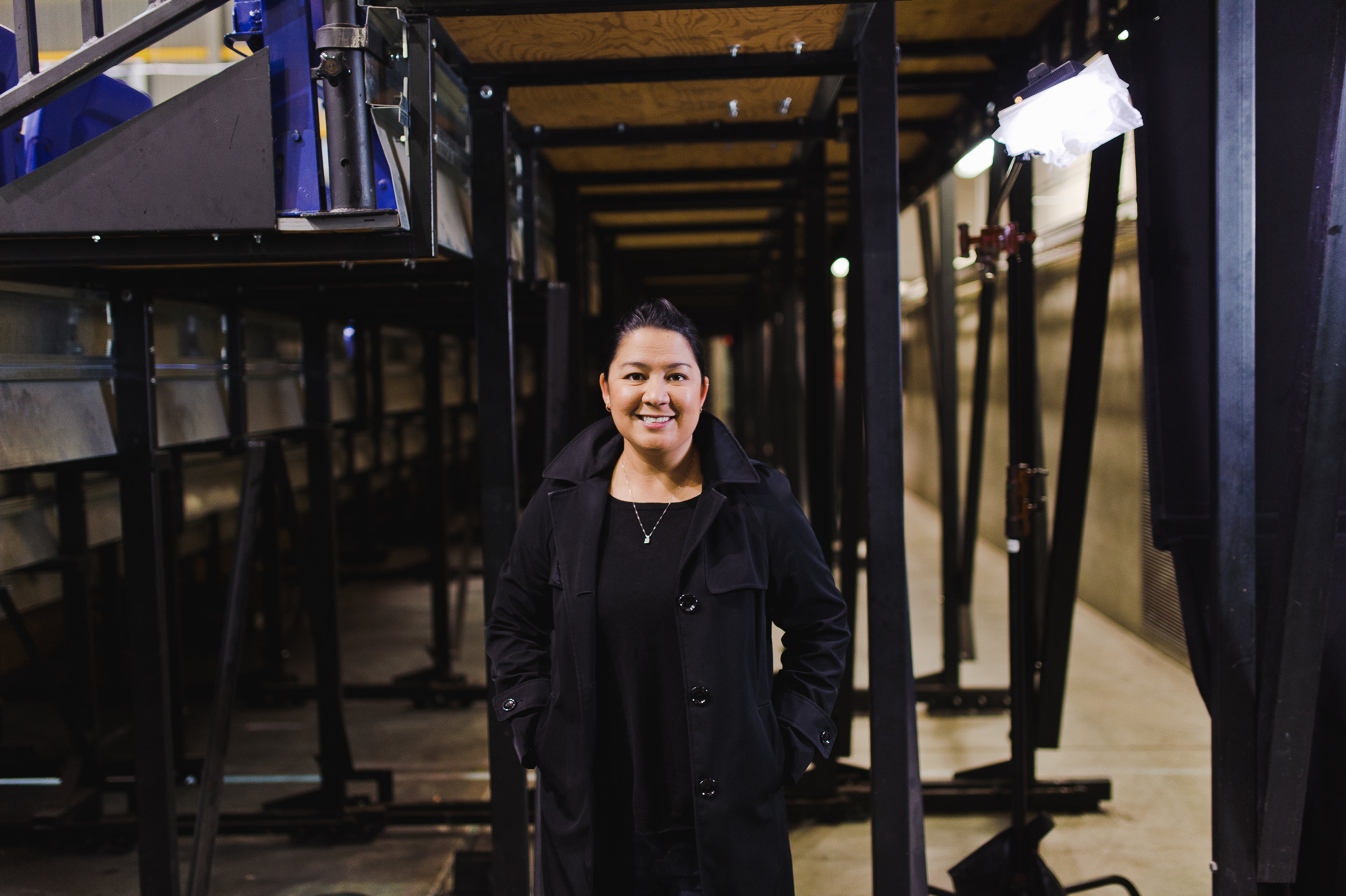 After 5+ years at the helm of the Grindstone Award Foundation, founder Danielle Grundy has made the difficult decision to resign from her position as President. Grundy has always been a natural trailblazer and leader, who has relentlessly fought to provide more equitable access to hockey for female players and has been an outspoken advocate for the growth of women’s hockey across North America. She believes that women of all ages deserve a place to learn hockey and more importantly, an opportunity to.

Prior to founding Grindstone, Grundy played at an elite level, completing a successful 4-year collegiate career at Dartmouth College (NCAA- Division 1), before playing professional hockey in Switzerland. After retiring as a player, Grundy’s focus shifted to coaching and development. She ran Grundy’s Grind Women’s Hockey Camps from 2009-14 and also served as Head Development Coach for Kelowna Minor Hockey Association (KMHA).

In 2014, Grundy and Sasha Podalchak began looking into starting a charitable organization that would provide assistance to female hockey players who couldn’t afford to play the game. In 2016, Grindstone officially received registered charity status from the Canadian Revenue Agency.

Danielle’s many significant accomplishments include:

Grindstone evolved from of the everyday fight that Grundy experienced both in arenas and throughout society, with the goal of providing more opportunities to female athletes and professionals. Under Grundy, Grindstone became a catalyst for change – consistently battling to smash the glass ceiling and bucking other long-standing, constrictive elements that have limited female potential. 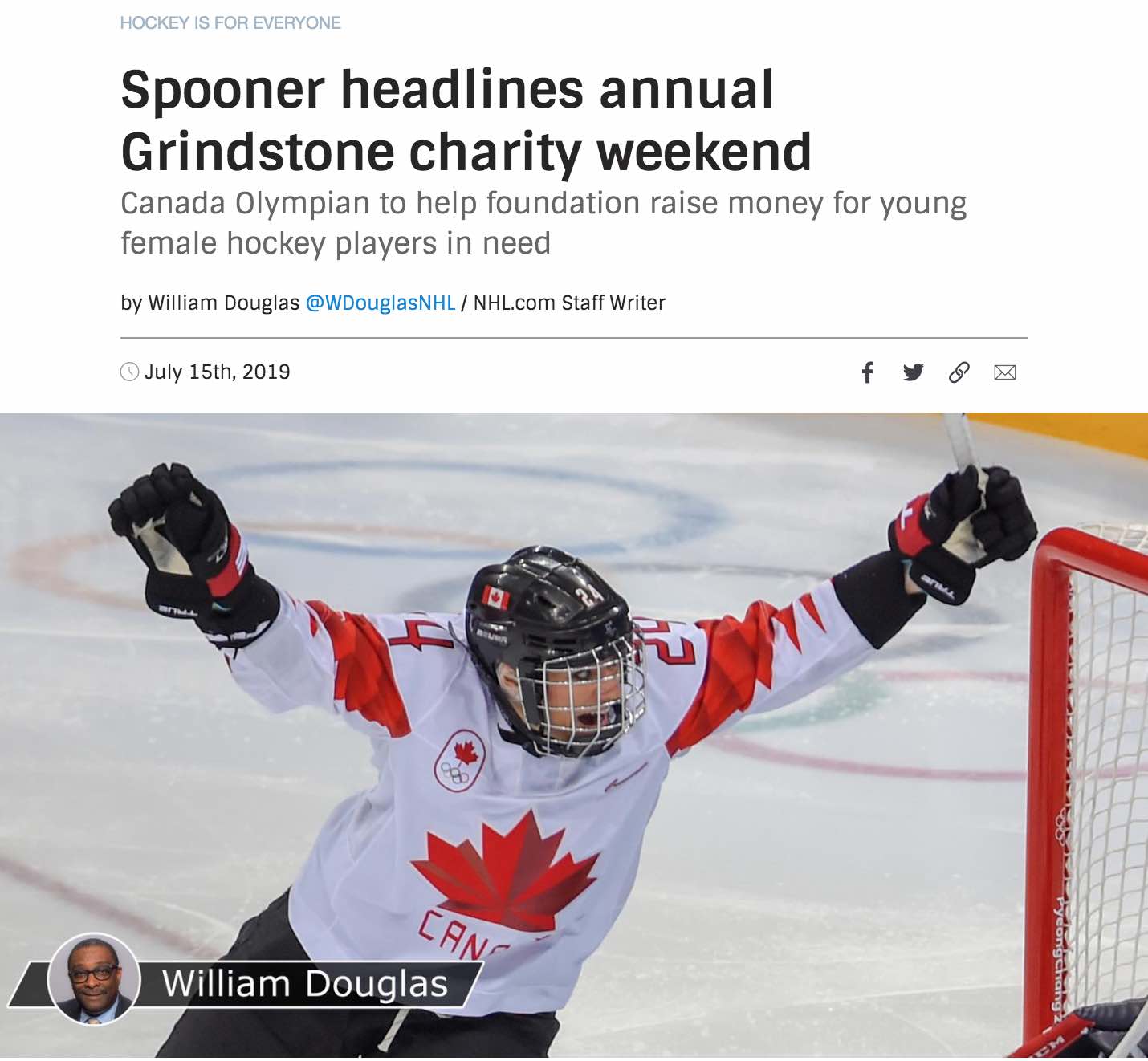 “There is a tremendously positive ripple effect of change that has been put in motion as a result of creating Grundy’s Grind and subsequently the Grindstone Award Foundation, that will continue to have an impact of Canadian hockey for years to come. It is amazing how many young hockey players and adult players have been inspired, empowered, and truly impacted by the work Grindstone has done,” says Grundy.

Grindstone has flourished under Grundy’s vision and we want to thank her for her years of tireless dedication and commitment to the growth of female hockey and for laying the foundation for what Grindstone is today. Grundy has devoted the majority of the past two years to the growth of the charity – somedays working day and night, while also juggling two other careers. We wish Danielle nothing but the best in her future endeavours!

The departure of Danielle Grundy as president will leave a large void in Grindstone’s leadership team. As a result, Grindstone is looking for new leaders to help shape the efforts of a highly skilled and dedicated group of individuals and create the new direction and vision for the charity.

If you’d like to make a difference in a young girl’s life and give her the gift of hockey, please consider donating to the Grindstone Award Foundation.

Grindstone Awardhttps://grindstoneaward.ca
The Grindstone Award Foundation is a charity that enables young female players to participate and improve their skill development in the sport of hockey.
Previous Post
Interview with Women’s Hockey Trailblazer Justine Blainey
Next Post
Haley Rath: My Hockey Journey